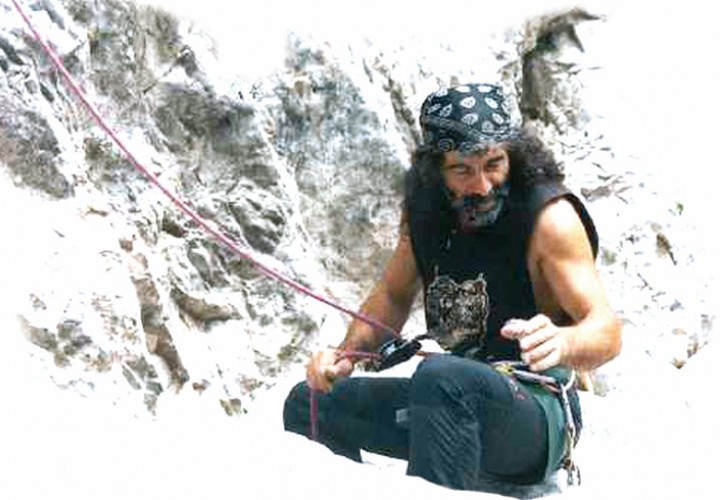 Life is like sculpting, you must remove, draw out as much as you can to see inside.
Mauro Corona from "Nel legno e nella pietra "

Once you reach the top, there’s nowhere else to go but down.
Mauro Corona from "Nel legno e nella pietra "

Mauro Corona was born in 1950 in Erto. As a child he followed his paternal grandfather (a carver) around the woods.  At the same time his father, a hunter, would take him along to get familiar with the mountains of the valley. He inherited the passion for wood from his grandfather, which he developed many years later in the workshop of sculptor Augusto Murer in Falcade, becoming one of the finest wood sculptors of Europe.

From his father he has inherited the love for the mountains.  A successful mountaineer and climber, Mauro Corona set up over 230 new rock itineraries on the Dolomiti d’Oltre Piave, developing the passion for research and experimentation that characterise his whole creative activity.

He cooperated with the Associazione Tina Merlin on the film by Renzo Martinelli Vajont that was filmed in the same locations mentioned in his books following the narrative debut of 1997 with Il volo della martora (flight of the marten).